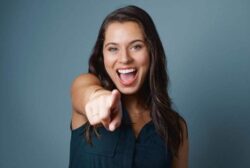 YouTube is the most-watched video-sharing website in the entire world. There are millions of people that use this platform daily, whether it’s to watch their favorite movie trailers or a funny video of a cat playing the piano.

Some people use the platform to keep up with the latest music videos, while others use it as a tool for learning new things. If you’ve never used the platform before, then you’re truly missing out on a lot of fun and educational opportunities.

There are a lot of things you need to know about this platform. Did you know that most views on YouTube are from outside the US?

Did you know that there’s an algorithm and no one knows what it means?

In fact, there are so many facts about this site you need to know and never knew.

YouTube is the world’s second-largest search engine (second only to Google).

It is the second most popular website in the world, after Google. It’s also the second largest search engine and attracts more than 30 million visitors each day.

It is one of the most popular websites on the planet, receiving billions of views a year and paying out millions to the content creators that it hosts.

It is owned by Google.

It is headquartered in San Bruno, California. The service was created by three former PayPal employees-Chad Hurley, Steve Chen, and Jawed Karim — in February 2005. Google bought the site in November 2006 for US$1.65 billion; YouTube now operates as one of Google’s subsidiaries.

It is available in 76 different languages.

The platform is available in 76 different languages, including standard languages such as English, Spanish, and French, as well as more unique ones such as Zulu and Swahili.

On average, 400 hours of new videos are uploaded to YouTube every minute.

Mobile makes up almost 50% of global watch time on YouTube.

Mobile makes up almost 50% of global watch time on the platform, and the number of hours people spend watching video on mobile is up 100% year over year.

It is the world’s most popular video site with more than 1 billion unique visitors monthly. In fact, it is the second most visited website in the world, second only to Google.

According to data from Social Media Today, the platform reaches more 18-49 year-olds than any cable network in the US.

Most content on the platform is uploaded by individuals, but media corporations including CBS, the BBC, Vevo, and Hulu offer some of their material via YouTube as part of the YouTube partnership program.

You can also read;15 Major Benefits of Google Apps